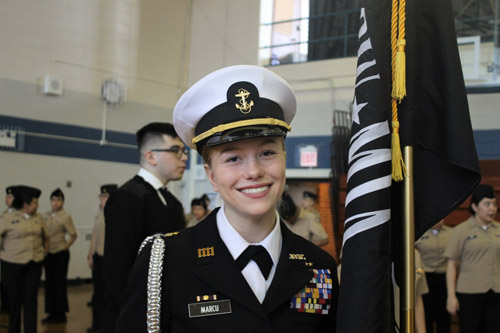 Equipping our cadets to

prepare for the future

At Rickover, cadets are surrounded by peers and supportive staff that truly care about their success. As they walk through high school, we equip them to take responsibility in their lives both now and in the future. Each cadet takes a unique path, but each cadet is prepared.

a foundation for a lifetime of success

The Mission of the Rickover Naval Academy is to empower cadets to meet and exceed academic standards through a challenging and engaging curriculum that promotes programs to prepare cadets for post-secondary education and/or independent living. Rickover Academy provides meaningful leadership training, experiences and activities to serve as a foundation for a lifetime of success. The military component is woven into the entire curriculum to motivate young people to become better scholars, leaders, and citizens.

At Rickover Naval Academy our vision encompasses an atmosphere that cultivates academic excellence, trust, and student leadership. We will motivate students to excel through both individual cadet and platoon academic honors. The trust we place in our cadets is paramount to our vision that cadets will maintain and nurture trust.

While we initially trust our cadets they must earn everything else; their place in the battalion, their rank and even the title of Cadet. As the cadets earn rank and privileges by growing in leadership skills, they will take on more responsibility for the administration of the battalion through the day-to-day activities of the cadet chain of command. 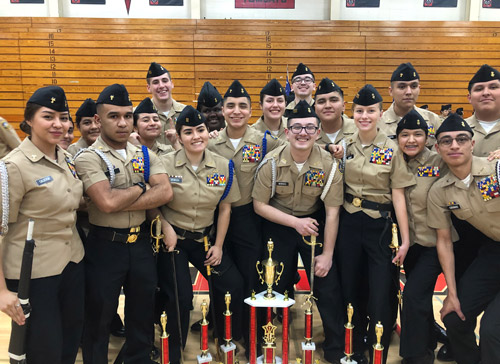 Our core values are at the foundation of everything we do. They keep us focused on what matters most, helping our students achieve academic success and find their true path in life. 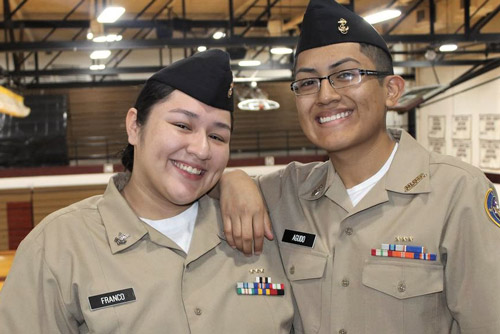 Leading with purpose and all things with civility and integrity while being mindful of the big picture. 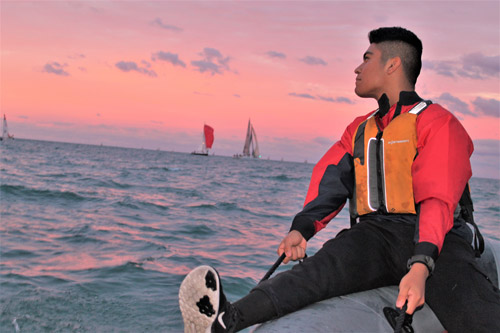 Courage - Going Above & Beyond

Persevering, taking risks, striving for excellence, and always wanting to help others, always. 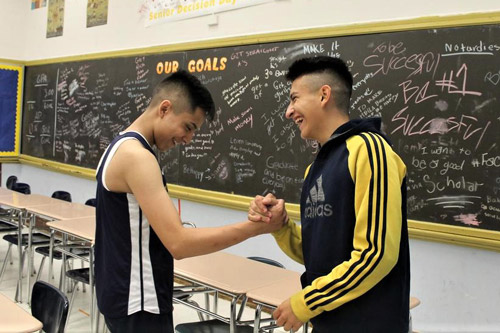 Advocating first for the student and then their families. We are a community but we are family too.

creating a sense of

“At Rickover we are determined to make every student feel like they belong, that they are special, because they do and they are. That’s the relationship the staff, the teachers, and the administration strive for. Which is unique to RNA you don’t see it at other schools”. 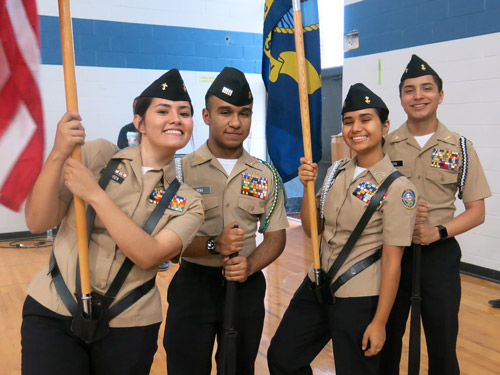 A Culture of support 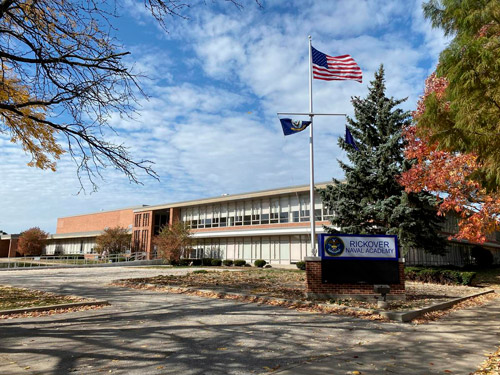 The planning of Chicago Naval Military Academy began in the spring of 2003. Eventually the school’s name was changed to Hyman G. Rickover Naval Academy after Admiral Hyman G. Rickover, a 1917 Chicago Public School graduate and 1921 United States Naval Academy graduate. Senn High School, located on the north side of the city, was chosen as Rickover’s initial location due to the availability of space in the building.

On September 6, 2005, Rickover Naval Academy opened its doors with approximately 120 cadets and 12 staff members. The first graduating class was awarded $3.1 million in scholarship monies. Rickover has risen to become a top-20 high school by Chicago magazine and in the top 25 in Illinois by US News and World Report.

IN 2019 Rickover moved to its current home at 5700 W. Berteau Avenue in Chicago’s Portage Park neighborhood.

Admiral Hyman George Rickover was a Russian immigrant who moved to Chicago with his family in 1911. After graduating from Marshall High School on Chicago’s West Side, Admiral Rickover entered the U.S. Naval Academy. Educated by the Academy as an electrical engineer, during World War II, he served as the head of the Electrical Section in the Bureau of Ships. Rickover received training in nuclear power at Oak Ridge, Tennessee in 1947. By 1949, he was assigned to the Division of Reactor Development, U.S. Atomic Energy Commission.

Rickover assumed control of the Navy’s effort as Director of the Naval Reactors Branch in the Bureau of Ships, which enabled him to lead the effort to develop the world’s first nuclear-powered submarine, the USS Nautilus (SSN-571).

He was promoted to the rank of Vice Admiral in 1958. Rickover built the Nuclear Navy through emphasis in the areas of design, education, and standards. He retired from the U.S. Navy as a full Admiral on 19 January 1982. Admiral Rickover passed away on 8 July 1986. 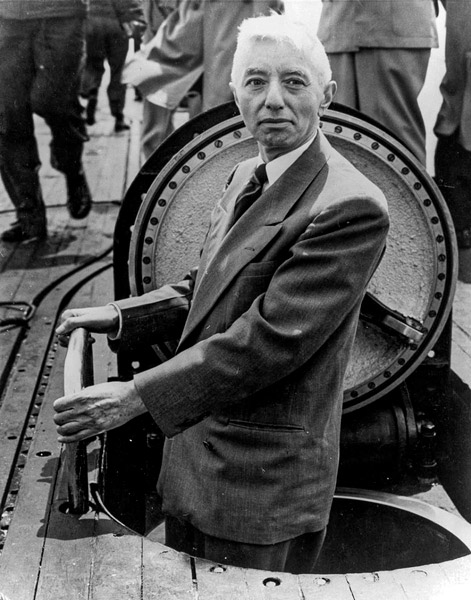 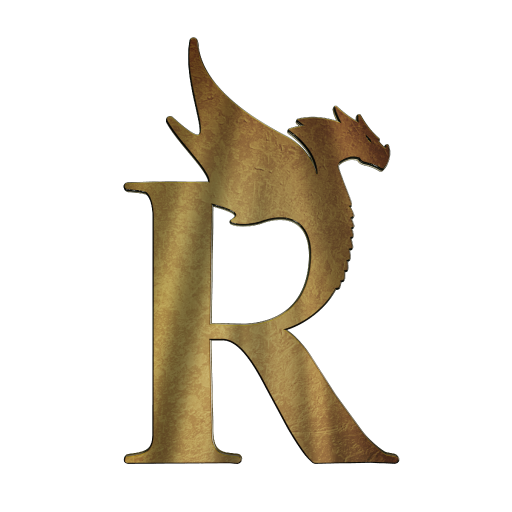